When CEOs Should Use the F Word 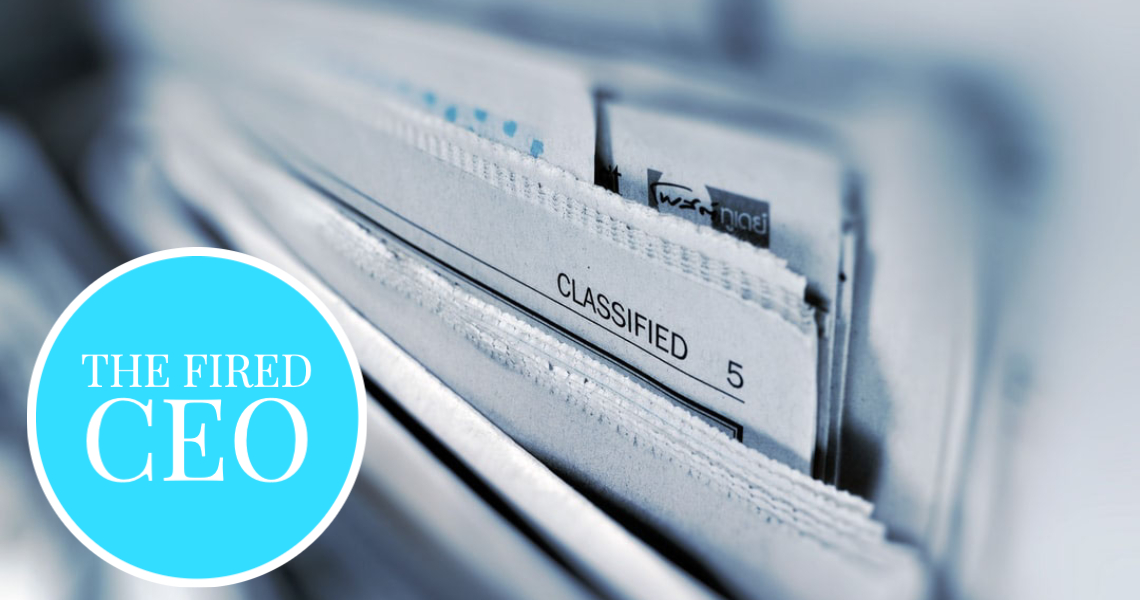 Last week, Sienna Senior Living Inc. CEO Lois Cormack left her role at the retirement living and long-term care company “for personal reasons.” Those “personal reasons” arose the day after her EVP of Operations was fired, presumably for mocking the families of dead clients after a conference call with them had not quite disconnected. Who else do you think was in that room? Who created a culture in which the EVP was comfortable suggesting the families were “blood-sucking”? (Cormack’s tenure may have already been in danger, given the terrible stories still coming out of Sienna residences during the pandemic, and the poor crisis communications.)

If you ascribe to the premise that the CEO’s first job is to set culture, the eBay story is even more stunning than Sienna’s. This week, we learned that when CEO Devin Wenig parted ways with eBay last September, there was certainly more to the story than he was “stepping down” (the press release) and “was not on the same page” as his new board (his Twitter account.) The eBay story is worth following down the rabbit hole for a few minutes, but the short version is this: six former U.S. eBay employees and contractors have been charged with conspiracy to commit cyberstalking and conspiracy to tamper with witnesses. Keywords in the indictment: fetal pig, live cockroaches, funeral wreath. And stalking. Don’t forget the stalking.

Wenig has not been charged, but appears in the indictment as Executive 1, who allegedly texted “If you are ever going to take her down…now is the time,” and separately, “Take her down.” The “her” in this case, the target of this campaign, is the publisher of a newsletter about ecommerce, critical of eBay and Wenig specifically.

Wenig left his post abruptly on Sept. 24, 2019, (ultimately with a $57 million pay package.) September just happens to be when the six indicted employees were fired. Since the indictment came to light this week, Wenig has said he didn’t know what was going on, and an internal investigation came to a similar conclusion, according to a company statement on Tuesday.

But as with Sienna’s Cormack, what kind of culture did he create that when someone got a text from the CEO to “take her down,” and six employees sprung into action thinking that it was okay to do things like send a book called Grief Diaries: Surviving the Loss of a Spouse? Imagine working at a company with a market capitalization of more than US$30 billion and caring that much about a newsletter published by a couple from Natick, Massachusetts, population 36,229.

There are so many things to say about these two stories, but (hopefully) most of you don’t need to be told not to greenlight (intentionally or not) psychological terrorism on a critic. Instead, I want to focus on the language of being fired.

…left to pursue other opportunities…

In my first job out of journalism school, I read hundreds of press releases a day.  Because a CEO change is a material event for a public company, many of those releases were about CEOs who had left “for personal reasons,” “to spend more time with their family,” or “to pursue other opportunities.” Everyone knows those phrases are code for “fired.” As a desk editor at the time, when I saw one of those phrases, I would promptly add the stock return over the last month or year, or refer back to whatever mishap had occurred under the CEO’s watch. The business community, when they read those releases, skip right past whatever bland nicety the chairman wrote in and latch on to the wording of why the CEO is leaving. Those few words stick like a burr on your coat, and you may not even notice.

In my previous role, the CEO had to take a medical leave of absence due to a serious illness. But because it coincided with some very difficult times for the company, for months after that I had people asking me for the inside scoop. They didn’t believe he was sick. But he was. So sick in fact, that he had to retire from the role in order have the time to recover fully (which he now has, and is busy as ever), further feeding the counternarrative that he had been pushed out.

None of those things should be career-ending. But the words in the press release matter. The words in the internal announcement matter. They are the first version of the narrative that you will tell when you talk to executive recruiters and your network about what you want to do next. So don’t self-sabotage. When you get the draft communications in front of you, pay attention. Get someone you trust to read it. This is your first and most important opportunity to nip the whisper campaign in the bud, and to ensure people don’t assume you are a Lois Cormack or a Devin Wenig or a Greg Glassman (former CEO of Crossfit, whom I wrote about last week.)

Take control of your narrative

Tim Hockey, fired from TD Ameritrade last summer, took control of his narrative. The press release was as classy as one could hope for. The decision for him to leave was positioned as mutual, he agreed to stay on while they looked for a successor, and the board chair praised him with much more than a boilerplate “We wish him well.” Hockey could have left it at that. The release gives the impression that something was not working and he and the board had mutually agreed he would to move on.

Hockey stuck with that narrative in a CNBC interview in the ensuing days as they probed him for more details. But by October, he’d decided to be a little clearer, and use the F word publicly. In a convocation address at Ivey that he called “Words of Advice from a Guy Fired Twice,” he explained that he wanted people to know that he’d been fired because he didn’t want his employees to think he had quit on them.

“It might have looked like it was my choice. But it wasn’t. I liken it to when you’re in a relationship that isn’t working and you both know. But let’s just say I wasn’t the one who said “We gotta talk.”

He didn’t say what wasn’t working, or where the friction was. But he was clear about what it wasn’t, and by holding his head high, and using his experience of been fired literally as a teachable moment to a graduating class, he took control of the story. In doing so, he’s made it much easier for another company to hire him in a CEO role, should that be what he wants.

What to do when it’s you

So for those of you that think you will be out as CEO in the next year, (and haven’t left the building on fire,) here are some tips to bookmark.

And if you were fired, consider following Hockey’s lead and say it out loud at some point. Not everyone will get the opportunity to give a convocation address, but if more people followed Hockey’s lead, we might get to a place where the word doesn’t create a stigma to overcome, and that encourages people to reach for big goals.